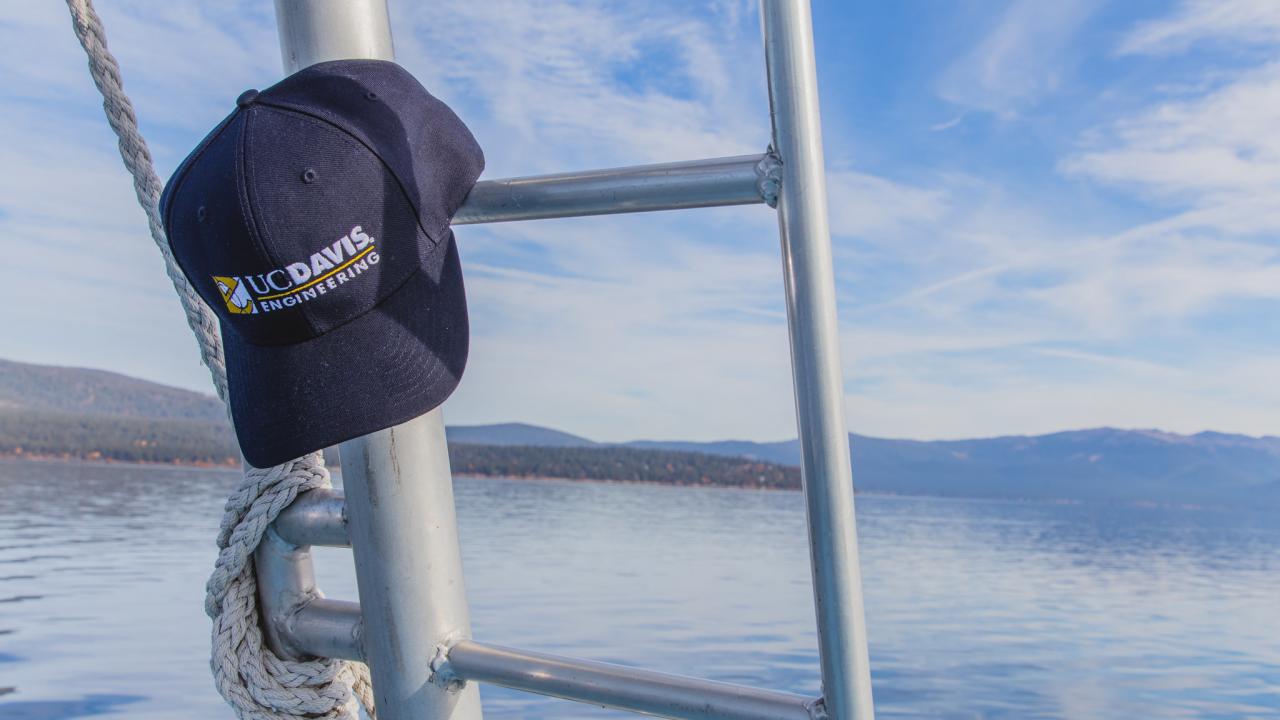 This 10-mile relay was done to raise awareness about water research and necessary efforts needed to protect natural resources.

Faculty members Heather Bischel and Verónica Morales, assistant professors, and Deb Niemeier, professor, all of the Department of Civil and Environmental Engineering, comprised half of the Women for Water Research team in the 41st annual Trans Tahoe Relay, completing the 10-mile swim in 5 hours, 17 minutes — sans wetsuits in water temperature in the mid- to upper 60s.

Bischel explained part of the team’s motivation: “To celebrate community engagement in environmental protection in Lake Tahoe while raising awareness about water research and efforts still needed to protect our natural resources.”

In a follow-up report, Bischel wrote: “I was happy to see that in the short time we encouraged donations in the last week, many of our family, friends and alumni connections supported our team by making donations to UC Davis’ Tahoe Environmental Research Center.” As of today (July 25), the team had generated almost $500 in support.

Bischel said the team enjoyed good company and beautiful weather: sunny and clear — a stark difference from the preceding days when fires compromised the air quality (and the swim).

“Our Tahoe local team members gave us the warnings on air quality and the good news of shifting winds,” she said. “The environmental conditions of the moment reminded me of the important connections between air quality, atmospheric deposition and water quality.”

Between the boat ride from the west shore to the east shore, where the relay began, and the swim back to the west shore, the team had a lot of time to chat about their favorite subject. As Bischel noted afterward: “You can’t put environmental scientists together without some related discussion!”

Topics included water temperature: that day’s temps, of course, but, more important from a scientific perspective, the lake’s annual average water temperature and how it is trending upward. Typically in the low 50s Fahrenheit, the annual average has climbed from 50.3 degrees in 1968 to 53.3 degrees in 2015, the warmest yearly average ever recorded, according to data collected by the Tahoe Environmental Research Center.

As for the day of the relay, Bischel said TERC reported nearshore water surface temperatures ranging from 66 to 70 degrees, with the high coming in the late afternoon after the relay. “We lucked out (in terms of the swim) to have warm waters,” she said.

The rest of the team

Rounding out the Women for Water Research team:

Dan Abrams, the team’s boat driver, joined in the environmental enthusiasm. “He zoomed us off-course briefly to retrieve plastic debris in the lake (next time we'll bring a net for picking up more floating plastic),” Bischel said.

The relay began with more than 190 teams on the registration list. Here’s how the relay worked: The lead-off swimmers took off from Sand Harbor Beach, on the Nevada side of the lake, in four waves starting at 7:30 a.m. Team boats followed along; the second swimmer on each team jumped in after 30 minutes, and so on and so on, until each team member had swum for 30 minutes. Then the teams switched to 10-minute legs (with the swimmers going in the same order as they did during the 30-minute legs) until reaching California’s Skylandia Beach.

The Science of Tahoe

Acknowledging Lake Tahoe as an “incredible place with so much engagement, from the public and scientific communities,” the Women for Water Research team expressed their hope to see similar interest in other impaired bodies of water.

“We also gathered some ideas for future swims, like dragging a temperature monitor, dropping a clock off the side of the boat to keep the swimmer informed, bringing along our fishing net to pick up trash ... and, who knows, maybe get some water quality samples, too,” said Bischel, who focuses her research on water quality and resource reuse.

In Case You Missed It